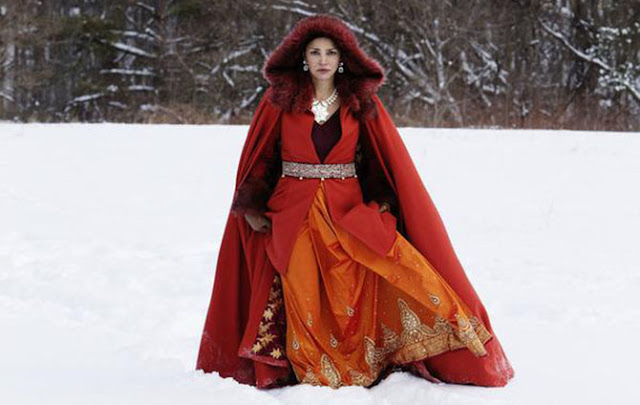 You traveled the world... Now you must journey inwards... to what you really fear... it's inside you... there is no turning back. Your parents' death was not your fault. Your training is nothing. The will is everything. If you make yourself more than just a man, if you devote yourself to an ideal, you become something else entirely. Are you ready to begin?

Writer Info;
Writer Name/Handle: Diana
Are you (the Writer) 18 years of age or over?: Yes.

Character Personality & History:
Monsters are not born; they are created.

Most believe Ra's Algol to be a title; something that transfers from one Algol to another, like a European surname. It has never been that easy; that simple. Algol was the name he took for himself (the Demon) and passed on to his chosen progeny like a seal of his favor. As for the head, as for Ra's there has only ever been one.

And Ra's? He would ever call himself a monster; no. He simply has an ideal for the world and the unfaltering determination to enact it - this is the basis of will.

Once, he wanted to serve. A desert prince needed a skilled physician and he was glad to help, knowing how the rise in stature would help his family. Even his wife, Sora, was eager for him to take the post, and with her blessing, he accepted.

He, with his wife, moved to the seat of the Sultan's power in Cairo. It was there that Sora caught the eye of the Sultan's son and when she refused him, he killed her. Distraught, the man who would become Ra's looked for any possibility to return his beloved wife to life. When medicine failed, he turned to the occult and found his answer: the Lazarus Pit. But he found it far too late for his wife and instead used the lecherous prince as the Pit's first subject, after an act of pre rage left the Prince dead.

It drove the Prince mad, but time and a few wise advisors brought him back to his senses and Ra's had returned life to the dead. Armed with this knowledge, he left Cairo for the desert sands and a life as a nomad. He made Pits when he had need of them and when the last of his surviving family needed one, he let his sister, Amala, return to youth.

Wars were fought. Thousands died. A few times, even he died only to be returned to life by the Pits. Between deaths witnessed and those experienced, his humanity wore away like glass returning to sand. The dawn of the Industrial Age finally gave him a purpose that would define him for the years to come: he hated the plague that humanity had become and how they were destroying the natural beauty of the world they inhabited.

With his now vast wealth and influence, he created an organization known only as The Demon. The League of Assassins, sometimes called the League of Shadows, with every member loyal unto him and the belief that the herd of humanity must be culled in order for the world to survive.

During the 18th century, in Russia, Ra's met a woman of little importance to him, with the exception that she gave birth to his eldest surviving daughter, Nyssa. However, it would not be until she tracked him down in North Africa that he bothered himself with her. Impressed wholly with her, he even allowed her to use his Lazarus Pits until she left in the early 19th century.

His second (surviving) daughter, Talia, was born after Ra's met a woman named Melisandre at Woodstock. Unlike his previous daughter, Ra's kept this one close to him, allowing her to travel the world with him and learn as he did. It was during one such expedition that Ra's learned of a very interesting inmate in a Chinese prison. Talia did not accompany him as he went to meet Bruce Wainright, the only son of the Wainright family.

New Jersey needed a cleansing fire and what better tool to use than the son of the late Thomas and Martha Wainright? A man that had fallen prey to the corruption of his home town when his parents were murdered in an alley. It was all together too tempting and he offered Bruce a place, knowledge that he had learned over the years, and a purpose for all that rage. Ultimately, Bruce failed to act, earning Ra's disappointment and left the monastery where Ra's had trained him in flames.

Ra's would return the favor later with the fear toxin to be released in his city. And as Bruce had left his home in flames, Ra left Bruce's home in the same state only to have his plans thwarted by the Dark Knight and seemingly dead aboard a train.

Ra's did not die upon that train, but instead learned from the unsuccessful mission. He would return to Gotham a few years later, armed with an artifact known only as the "Wheel of Plagues", and this time he released the Ebola Gulf A virus ("The Clench"). Allying himself with Bane while a cure was sought, Ra's made it clear to his daughter that he considered Bane a potential heir to his empire despite how she felt about him. Eventually the Shadow foiled his plans once again, this time with the same artifact that Ra's had used to create the disease,Once more, he slipped off into the shadows and the murk that came after the government cover up.

As irritated as he was, Ra's respected the Shadow and eventually came to call him "the Detective". That respect earned him the hand of Ra's daughter, Talia and more importantly, a child. A grandson for Ra's, a merging of two strong bloodlines into one strong son. Bruce left and Ra's did not follow - he had a grandson to prepare for.

And, shortly after Damian was harvested from Talia and moved to his tank, his youngest daughter left. Blaming Bruce for Talia's exit, he sought to take from him as he had been taken from. Employing the aid of the [Clown], Ra's sought to have Jason Woods abducted to keep Bruce busy while he made the European financial market collapse. Under estimating the madness of the clown, he killed Jason, much to Ra's displeasure. In the hopes of reversing what he saw as an error on his part, he had Jason placed into a Lazarus Pit to restore him to life. It worked, and Ra's saw him returned to home.

At his own home, the body of Damian grew within his tank. He intended to use his grandson as his new host as the Pits efficacy was beginning to wane, but little Damian took the chance and escaped to meet his father. Meanwhile,still in need of a new host, Ra's took over the body of a monk. A battle ensued and during the course of it, Ra's estranged, albino son Dusan offered his body for Ra's to use instead. Ra's accepted and performed the transfer of souls.

In a new body, he and the League returned to Bruce's home city with a fresh epidemic. This time, he was captured, and jailed far under the family home in the deepest parts of the caves, seemingly secure under the eye of the Shadow.

A daring attack by the League freed him, but his face was known to the authorities. A second transfer was completed, but it was only a temporary measure until he could complete a working clone of Damian, or once again have his grandson - a boy that shared his genetic material - returned to him.

Degradation began almost immediately, but before a new host was found, a woman was. Docile and willing, Iris provided him with another attempt at a child. Another host was found before he knew of her pregnancy, and this time, his sister insisted on being there for the transfer. She, who was unworthy of being his next host because of her gender; she, who knew him best; she, who had been by his side for centuries, always hiding in plain view. She, a gifted scientist in her own right, who assisted in his cloning projects from the shadows, always maintaining that she hadn't seen him in years whenever questioned by authorities - wanted more than she told her brother.

And before the men loyal to him could drop in the body of whoever he would inhabit next, she killed them and jumped in herself. She was still alive when chartreuse green clogged her nares and mouth, but she did not live long. When her body rose from the Pit, she was no longer the one inhabiting it.

Only the most loyal of his men knew about the switch as he returned to her job at the League lab at Tethys. Now Ra's has a new face, but the mission remains.

heir and has probably sired a few more children.
Fury & Joy: The Shadow.
Disciples: The League of Shadows has to have members, doesn't it?
A taste of brilliance: Test subjects.